From the hippest San Diego clubs to private party DJ services — San Diego DJ, Misha takes the crowd on a musical journey with every performance. Inspired by the musical genius of Pink Floyd, the Beatles and Bee Gees, Misha reminisces that his first musical memories were of his dad’s collection of vinyl records and reel-to-reel tapes.

Just as his icons innovated rock ‘n’ roll, pop, and disco – without any limitations, Misha replicates a similar premise to house music, where there are no boundaries. Misha’s repertoire intersperses the sounds of jazz, funk and disco into a seamless fusion of dance and house music. 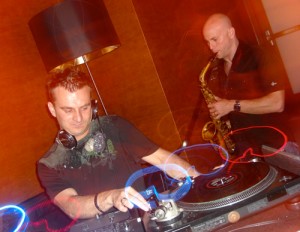 Known for his keen ability to read the crowd, Misha’s rise to stardom was fueled by his versatility and adaptability for appealing to a cross spectrum of audiences. Offering a complete roster of private party DJ services, Misha performs at San Diego weddings, high profile galas as well as charitable events, including:

Enliven your party with the transformative sounds of San Diego DJ Misha .
Be sure to check DJ Misha’s availability for your special engagement or private party.